Twas the night before Christmas and who’s not in bed? Why it’s dear old Santa, he’s reading instead. It’s a tradition he has each year on this day, It’s something he does before he climbs in his sleigh. He opens the good book with that story of old, Good tidings from angels to shepherds tending their fold. And the tale of the wise men who came from afar, Bearing gifts for a king, they followed a star. It’s the story of Mary and Joseph and the babe in a manger, And to its meaning and import, dear Santa’s no stranger. The babe had a mission and Santa reads it again, It’s a lesson of hope and of peace and goodwill among men. This story inspires him as he goes into the night, To share in his own way God’s love and His light. Let this story remind us to all do the same, For love is a candle and we share its flame. 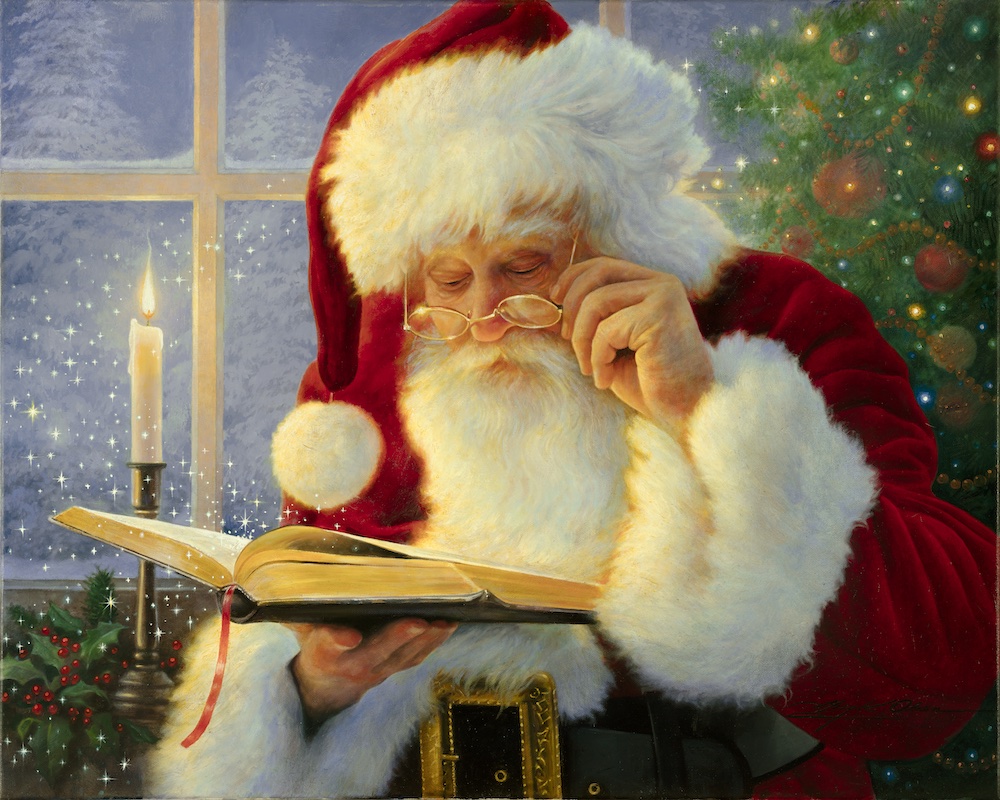