Easter morning began full of magic and joy as our little children searched for eggs to fill their Easter baskets. That magic seemed to evaporate when our six-year-old daughter “found out” about the Easter Bunny. This led to a discussion about the Tooth Fairy, leprechauns, and finally, Santa Claus. It was sad to see some of the childhood wonderment disappear from her eyes. Later in the morning, I found her curled up on the couch, looking even sadder than before. Upon questioning her, she said, “Dad, does that mean that all that stuff about Jesus and Heavenly Father is just pretend?” I sat next to her, gathered her up in my arms, and told her that I was happy to say that I know that Jesus and Heavenly Father are not pretend – They are real! This painting reflects that belief. On that first Easter morning, the risen Lord himself reassured a sad and questioning Mary Magdalene that He is real and that yes, He lives! 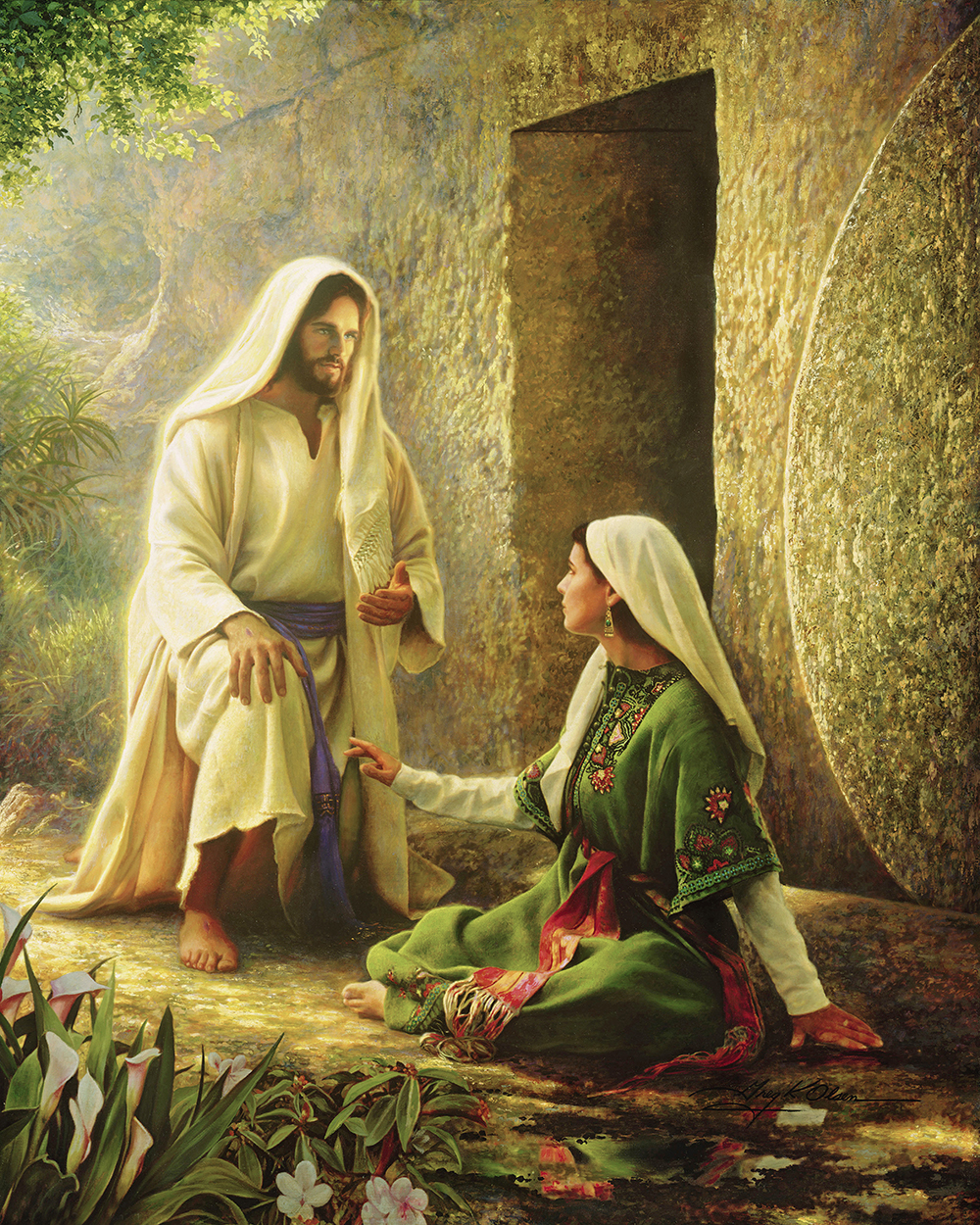